The Outer Order of the Golden Dawn has been described as “Osirian” in essence because the Egyptian God Osiris, embodied by the initiating Hierophant, plays a central, critical role in the magical work of the Neophyte Hall and the spiritual alchemy of the Outer Order in general.

The equilibrated aspect of Osiris is shown in the Enochian system, often thought of as the pinnacle of the entire Golden Dawn system of magic. This is particularly evident in that area of the system dealing with the truncated pyramids corresponding to the various letter squares on the Elemental Tablets. An Enochian pyramid that is completely balanced in its elemental composition is known as an “Osiris Square.” In his paper on “The Pyramid Gods and Their Attribution,” S.L. Mathers describes Osiris as the God who:

“…Ruleth above when of the Four Triangles each is a different Element. So that all four elements are united in one square, for he representeth the Spirit ruling in the Four Elements equally balanced.”  (Regardie, The Complete Golden Dawn System of Magic, page 96, Volume 10.)

This process, if correctly undertaken, can lead to the psyche of the Initiate mirroring that of an Osiris Square, with the four elemental portions of the psyche in balanced disposition, ruled by the governing quintessence of Spirit. Within the traditional Golden Dawn system, Osirification is the embodiment of the theurgic process of self-realization and wholeness. 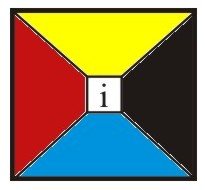 Nice thoughts. I like the parallel between the initiatory process of the Order and the Enochian Squares. So in that sense could we appoint a square for each of the grades? Perhaps that could be something to explore in the sub-grades of Adeptus Minor.

Hi Dean,
I don't see why not. Could be similar to how the Outer Order Officers are assigned to represent the various grades.