Apocalyptic movies starring Christopher Walken notwithstanding, the number seven is very important in esoteric lore. Hippocrates tells us: “The number seven, because of its occult virtues, tends to bring all things into being. It is the dispenser of life and the source of all change.” This is confirmed in the Golden Dawn’s teachings wherein the number seven, corresponding to the planet Venus, is the gateway to initiation—as the Venus wall is the actual doorway into the seven-sided Vault of the Adepti.

Not only does the number seven correspond to the seven planets of the ancients, it also corresponds to the Seven Palaces of Assiah. The Golden Dawn’s diagram of the Seven Palaces of Assiah provides magicians with an important tool—a way to divide the ten Sephiroth of the Tree of Life into seven sections which can then be assigned to the seven planets.

The ritual employs a diagram with planetary-colored candles placed thereon. The heptagram used is the 7/3 heptagram, also called the acute heptagram or the great heptagram. The Golden Dawn describes it as the Star of Venus reflected from every fourth point. The planets are placed around the heptagram in the order of their apparent speed of movement in the heavens, along the unicursal line in the order of days of the week. The Officers invoke the powers of the seven planets by lighting the colored candles on the heptagram diagram following the Hebrew order of the days of the week: 1) Hierophant: Sol.  2) Hegemon: Luna.  3) Hiereus: Mars. 4) Keryx: Mercury. 5) Stolistes: Jupiter. 6) Dadouchos: Venus. 7) Phylax: Saturn. 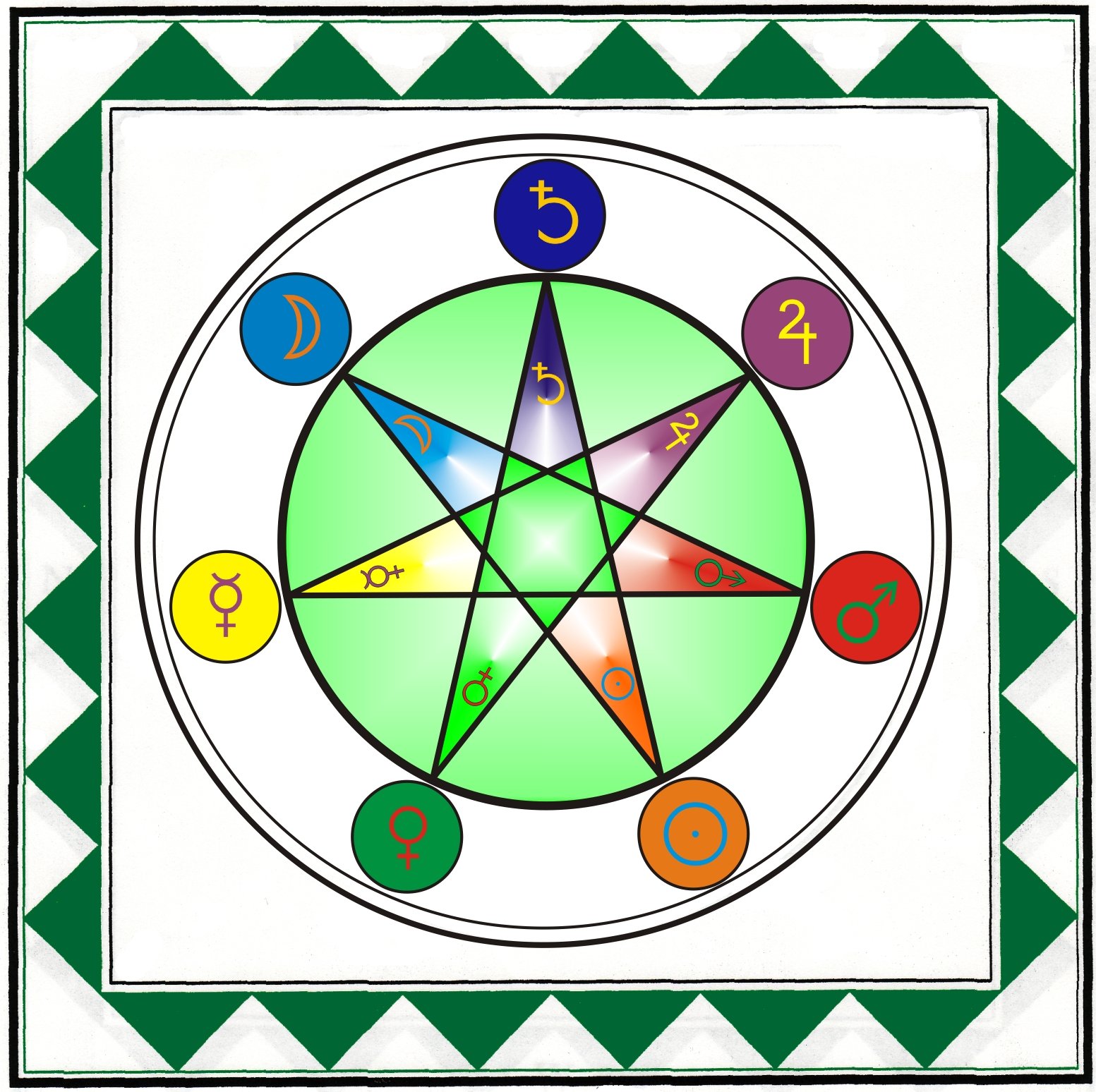 At another point in the ritual the officers invoke the Sephirotic Powers associated with the seven Palaces of Assiah. To do this, they each take one of the colored planetary candles and light one of the white candles of the Menorah following the Chaldean or Sephirothic order [the Lightning-flash order] of the Tree of Life: 1) Hierophant: Three Supernals.  2) Stolistes: Chesed.  3) Dadouchos: Geburah. 4) Hegemon: Tiphareth. 5) Phylax: Netzach. 6) Keryx: Hod. 7) Hiereus: Yesod/Malkuth.

“He has loved and blessed the number seven more than all things under His throne.”

“The Outer Order Ritual of the Seven-Branched Candlestick” is found in Hermetic Virtues Magazine Special Edition: Book of Rituals 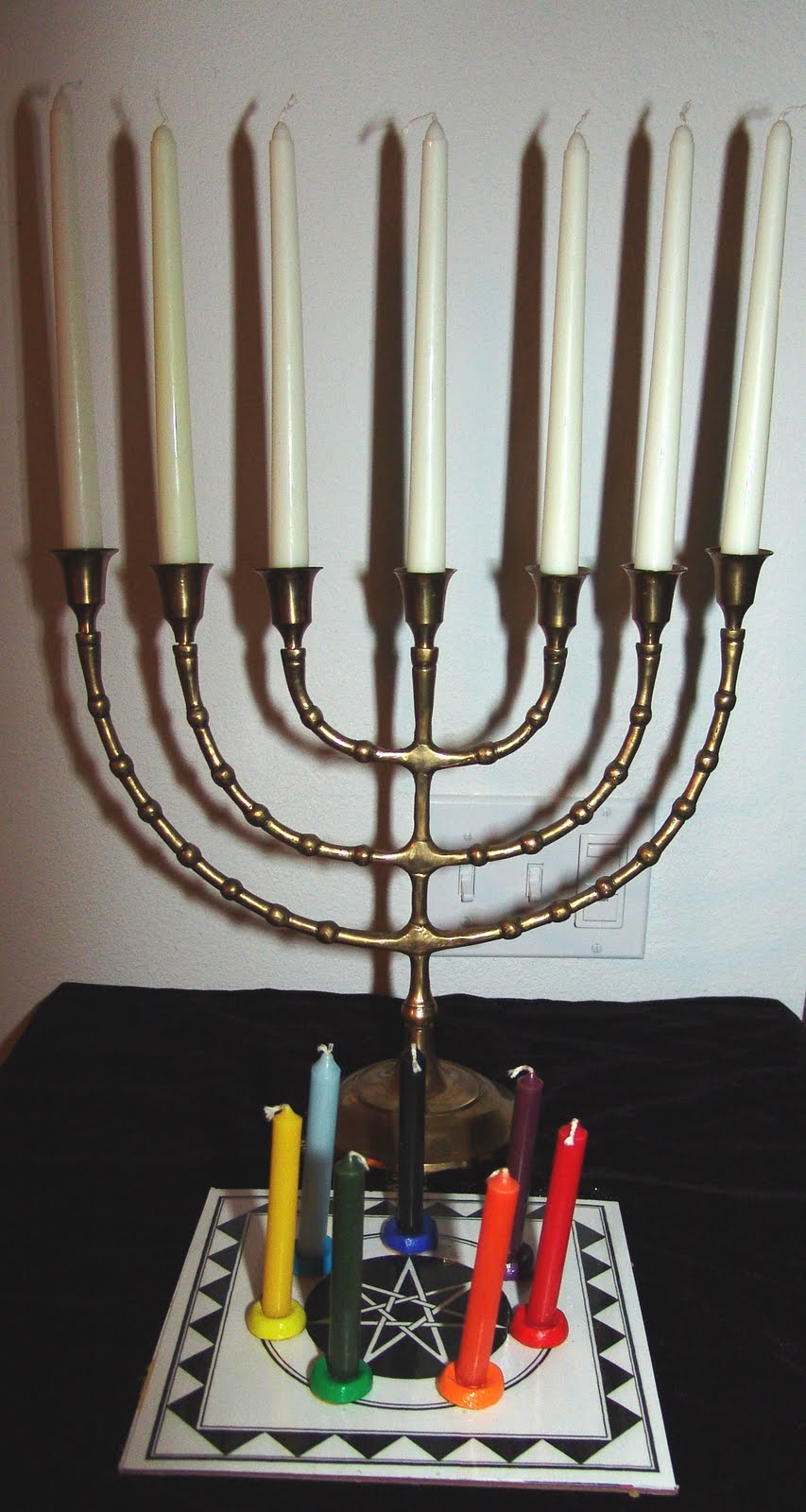